More British stone than ever at the Natural Stone Show

There is nothing more appropriate for building and hard landscaping than indigenous natural stone, especially in those areas of the country where the stone helps define the architecture and create the sense of place.

The Natural Stone Show enables you to see major British stone suppliers all together at one time.

Nowhere does stone make more of a statement than in London, and the stone making the statement is Portland limestone. From St Paul's Cathedral and the Mansion House built after the Great Fire of 1666 to the new, award-winning St James Market and Chelsea Barracks, Portland limestone adds its signature to the landmarks of England's capital. 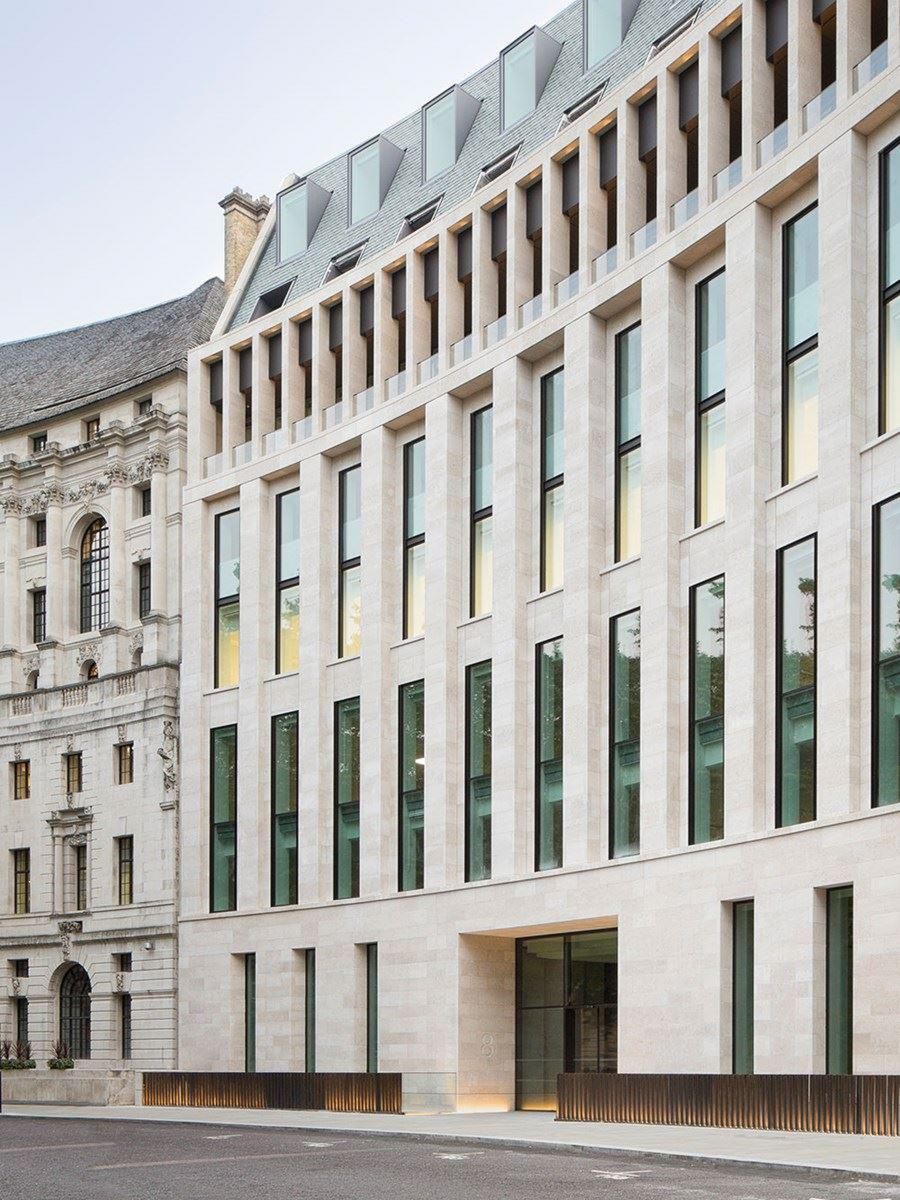 The beds of Portland stone – the whitbed, the basebed, the roach – are familiar enough, but at the Natural Stone Show, Albion Stone, the champion of Portland stone, introduces another bed, Ostrea Patch Reef Whitbed.

Patch reefs were a feature of the seas in which the sediments that became Portland limestone were originally deposited. Every now and again one manifests itself among the Portland beds being extracted today and the stone is extracted and sold at a premium to the most discerning of customers – because once it is used up it could be many years before another patch reef is discovered.

Another signature stone is Purbeck, also from the Jurassic Coast of England. The many distinct beds of figurative stone are durable and hard wearing, and because they are available in complementary beds lend themselves ideally to decoratively patterned floors using a mixture of those beds.

Purbeck is just one of the stone ranges that will be shown by Lovell Stone Group. It extracts the stone from several quarries, enabling it to offer the full range of beds and making the company the largest supplier of Purbeck stone in the UK.

But alongside the Purbeck, Lovell Stone Group will be exhibiting stones from its various quarries, each producing unique beds of stone suitable for a building, architectural masonry, flooring, paving, monumental and landscaping. The stone is the Group's Chilmark and Chicksgrove limestones, its Somerset blue and white lias, its Hurdcott Green sandstone from Wiltshire and, above all, perhaps, its premium Hartham Park Bath Stone. 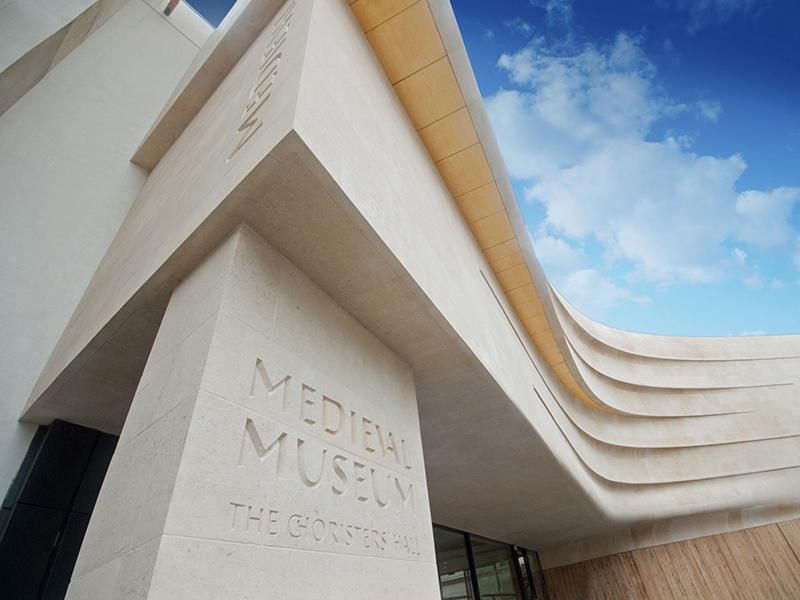 Not that it will be alone in showing Bath stone, because another of the major stone suppliers, Johnston Quarry Group, will also be exhibiting its own premium Stoke Ground Bath Stone following its acquisition of The Bath Stone Group in 2017, when it also bought the Hanson Bath & Portland reserves of Bath Stone at the divided Hartham Park underground quarry. Johnston Quarry Group plans to open a new adit to the underground works and develop on-site processing works.

Again, this is just one of the stones Johnston Quarry Group will be exhibiting at the Natural Stone Show on its largest ever stand to reflect the growth in the ranges of stones it has on offer. It will also show Oathill Quarry Cotswold limestone, Creeton Quarry limestone and Great Tew ironstone.

Just opened next to the quarry at Great Tew is a new processing plant with five Grani Roc wire saws with 15m rails for cutting blocks. Wire saws were chosen for their quiet operation, so they can be programmed to saw blocks along the 15m of rails 24 hours a day. 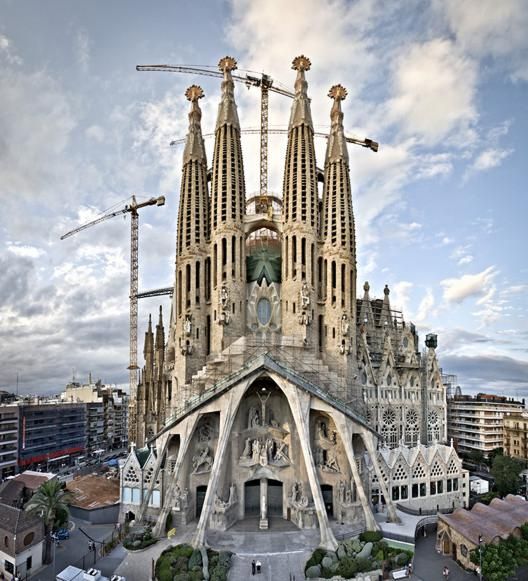 But it is not only Southern quarries that are exhibiting. From Bolton in Lancashire there is the Armstrongs Group, with its five sandstone quarries and a granite quarry. It operates a range of fixed blade and wire saws that enable its masonry teams to supply an extensive range of architectural stonework including window cills, lintels, fence posts and door surrounds.

In October, the group's Human Resources Manager and Web Content manager took the company's Bolton Sixth Form College work placement student to the national apprenticeship show at Bolton Arena to showcase Armstrongs' new training scheme, launching soon. It is designed to immerse successful candidates in every aspect of the business.

Then there's Cumbrian Stone, founded in 2006 in order to provide a high-quality sandstone product manufacturing service to the industry. Since its incorporation, Cumbrian Stone has steadily grown each year and is now recognised as a leading supplier of UK stone with its products seen on many high-profile projects not just in the UK but worldwide – and, of course, major stone suppliers are happy enough to quote for overseas projects as well as for projects on their home turf.

In the UK, Cumbrian Stone notably supplied the Whitton Fell sandstone for Knebworth House in Hertfordshire and the St Bees sandstone for Carlisle Cathedral that won the Craftsmanship category of the Stone Federation Natural Stone Awards in 2016. 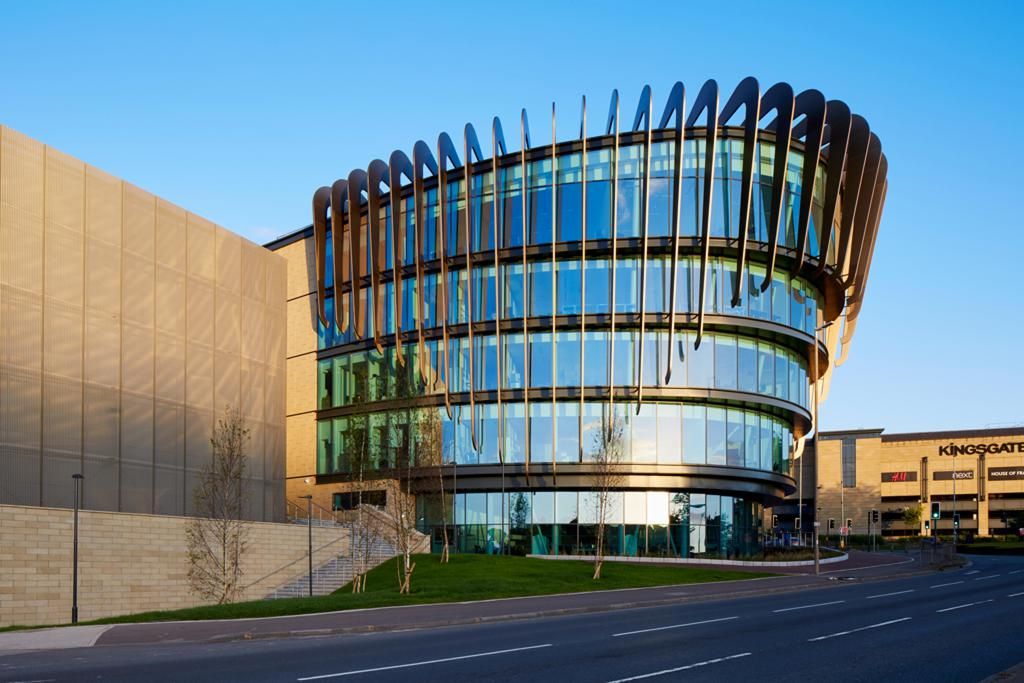 Other suppliers of British stone exhibiting at the Natural Stone Show in the spring include Stamford Stone, now the sole supplier of the famous Clipsham limestone for projects such as the Nazrin Shah Centre short-listed for this year's top architectural award, the RIBA Stirling Prize; Gallaghers, the last company still quarrying Kentish Ragstone used for many new builds and prestigious heritage projects in Kent and London, including the renovation of the Tower of London; Johnsons Wellfield Quarries with its highly regarded Crosland Hill Yorkstone, used for ashlar, walling, cladding and paving. A notable example of its use is Huddersfield University's Oastler Building.

There is Doulting Stone, used to build Wells Cathedral  and still being used for restoration and new build today; Fairhurst Stone with its Whitworth Paving, famed for its durability and high technical performance and used, often for large areas, throughout the UK in major public realm schemes such as Kings Cross/St Pancras in London; Gwrhyd Specialist Stone, a pennant sandstone produced by Artisan Stone Supplies from a quarry 1,000ft up a mountain in Wales. Artisan boasts that Gwrhyd is "the best pennant resource in the country". It was notably used for Cabot Circus in Bristol, a retail hub that serves the South West.

These are just some of the British stones that you will be able to see at the Natural Stone Show at ExCeL London, 30 April - 2 May 2019.

A full preview will be available prior to the show next year. 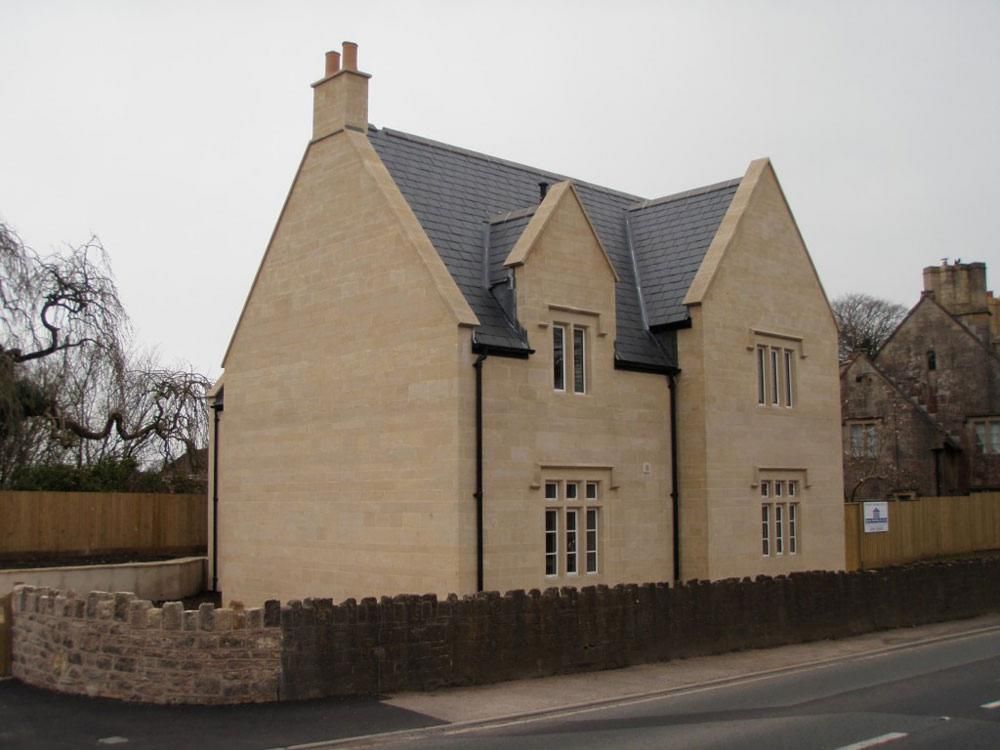 Registration for the show will open Winter 2020. Register your interest below to be the first to hear the latest show news